Even the wellbeing of rats, roaches and spiders are a concern for animal activists. But they also pose ethical dilemmas for owners of vegan restaurants who need to keep those pests out of their kitchens while trying to abide by no-kill values.

A restaurant owner of a vegan restaurant was adamant about not using traditional pest control services when it first opened. For a few years she was able to keep pests at bay, but when the restaurant developed a big problem, she called an exterminator even though she said it went against her vegan principles.

"We have to focus on the bigger picture though. Vegan restaurants need to stay in business as a way to put a dent in the factory farm system. We want to show people that it is possible and easy to reduce one's meat intake, or even eliminate it entirely," she said.

"We always have to make tough decisions and remind ourselves of our priorities, even when it comes to things like using flea killer on a flea-infested dog.

A lot of restaurant owners agree that closing off small entry spaces, keeping a clean kitchen and other preventive measures are the first line of defense. But that isn't always enough, especially when factoring in weather, neighboring businesses and other things beyond a restaurant's control.

The animal rights group PETA even has issued guidelines on humane ways for restaurants to deal with pests: orange peels to ward off flies, bay leaves to keep roaches away and rags soaked in peppermint oil to deter rodents. Glue traps are a no-no because they can cause an animal a painful death when they break a limb or chew it off to escape.

Some measures seem impractical or time-consuming for a busy restaurant. Spiders should be caught in a jar and released somewhere safe, humane rodent traps should be checked hourly. PETA acknowledges that sometimes more aggressive methods are necessary if the circumstances are dire.

At Pest Control Pro in Jupiter FL we think it all depends on the situation, the time of year and what's happening outside. But for the most part natural deterrents rarely work if you have a serious problem.

An entomologist once visited a restaurant in Florida that seemed to follow everything on the checklist for a pest-free kitchen. Yet it still would occasionally get surges of hundreds of roaches. After carefully documenting the times of the day and year when the surge came, an answer was found.

"When there was a lot of rain and the sewer system got full it would push roaches up ... into the facility. So it wasn't a failure on anybody's part," said the entomologist, who fixed the problem by closing off a sewer drain.

In another case, health officials threatened an Arkansas restaurant with closure because of an infestation of flies that eventually was traced to deliveries from a fruit and vegetable supplier.

That kind of investigation is "probably the most overlooked and beneficial element of a considerate pest management program," and this is something that is very important at Pest Control Pro. Inspect, analyze and execute a plan of action!

If you own a business and need expert answers/solutions then feel free to call us today.

IT'S PRETTY BOLD TO CLAIM THAT WE DELIVER THE BEST PEST CONTROL SERVICES. THE REALITY IS THAT WE DO. WE STAND BEHIND ALL OF PEST CONTROL PROS SERVICES.

Pest Control Pro is a local Jupiter FL business http://www.townofjupiter.com/org/7112. We thrive in being honest and reasonable. We deliver the best services and prices and we can adjust to any need and or budget. Times are tough and so are monthly expenses we face in life. Please feel free to reach out to us if you have a pest issue but are also facing financial problems. We can still help you with your pest issue and budget. We can work something out. At Pest Control Pro we do not adhere to a price manual like the 'Big Corporate Companies". 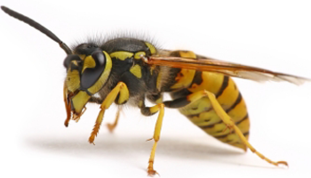 AT PEST CONTROL PRO WE LIKE TO BE DIFFERENT

At Pest Control Pro we like to be different. Shopping for pest control services should not be so difficult. We have seen countless times how so called "reputable companies" give people the runaround, lie, upcharge and worst of all...charge extra to solve a issue that should be covered. As The Owner Of Pest Control Pro I can guarantee you that I will solve any of your pest issues. Pest Control Pro also stands by its warranties/guaranties and will come back out as many times as necessary to solve a problem at No Extra Charge within the warranty/guaranty period agreed upon.

If you buy a new home while having a service agreement with us we will also wave the new homes Initial Service Start Up Fee's and continue your previous services at the original rate.

Harmonix is a pyrethrum-based botanical insecticide that sets a new standard for residual performance - up to 28 days indoors - and offers fast knockdown of up to 60 common household pests. Harmonix is labeled for indoor and outdoor use and is ideal for sensitive accounts like schools, healthcare facilities and nursing homes.

Pest Control Pro would like to share this article with customers! https://www.weebly.com/inspiration/sole-proprietors-take-a-vacation Please feel free to read how Entreprenuers can take vacations wihout loosing customers!

We would also like to inform customers that we are now offering Mosquito Control Services.

Did you know Bedbugs might be drawn to certain colors?

Researchers from the University of Florida and Union College in Lincoln, Neb., wondered whether bed bugs preferred certain colors for their hiding places, so they did some testing in the lab. The tests consisted of using small tent-like harborages that were made from colored cardstock and placed in Petri dishes. A bed bug was then placed in the middle of the Petri dish and given ten minutes to choose one of the colored harborages. A few variations of the test were also conducted, such as testing bed bugs in different life stages, of different sexes, individual bugs versus groups of bugs, and fed bugs versus hungry bugs.The results, which are published in the Journal of Medical Entomology, showed that the bed bugs strongly preferred red and black, and they seemed to avoid colors like green and yellow.

"It was speculated that a bed bug would go to any harborage in an attempt to hide," wrote the authors. "However, these color experiments show that bed bugs do not hide in just any harborage; rather, they will select a harborage based on its color when moving in the light."

"We originally thought the bed bugs might prefer red because blood is red and that's what they feed on," said Dr. Corraine McNeill, one of the co-authors. "However, after doing the study, the main reason we think they preferred red colors is because bed bugs themselves appear red, so they go to these harborages because they want to be with other bed bugs, as they are known to exist in aggregations."

The authors suggest that a possible explanation for why bed bugs avoided yellow and green colors is because those colors resemble brightly-lit areas. These findings are important because they may have implications for controlling the pests.

Looks like these bugs are smart! If you would like a Free Bedbug inspection feel free to Call Pest Control Pro Today at 561-317-8674 The Best Pest Control Service Provider!

Ever wondered how many different species of wasps can exist in the world? Well, the answer is 100,000. In fact, the number actually surpasses this count. Often confused with bees, in general, but wasps do exhibit a couple of differences when compared to bees. While wasps have slender bodies, narrow waists and appear to be shiny, bees, on the other hand, have a hairier body. What’s more, a bee sting remains embedded in the skin of its prey, while a wasp can sting a human multiple times, which contains a powerful venomous punch.This medium sized flying insect has a global presence with the exception of arctic and sub-arctic regions.

Interesting And Fun Facts About Wasps

-Wasps can be classified in two broad categories: solitary wasps and social wasps.
-While social wasps account for just a thousand species, solitary wasps form the largest subgroup.
-The Asian Giant Hornet is the largest wasp in the world, with a body length of 50 mm (2 inches) and wingspan of 76 mm (3 inches). Also, it has a  sting measuring 6 mm (0.2 inches), allowing it to inject a large amount of powerful poison in its prey.
-Cicada killers and striking blue-and-orange tarantula hawks are other large members of the wasp family.
-The most commonly spotted wasps include yellow jacket wasps, paper wasps and bald faced hornets.
-Unlike bees, wasps do not make honey, but some species help in the pollination of plants.
-When a wasp dies, it emits a pheromone in the air which acts as a warning signal to other wasps so that they become aware of the danger and  come to help their fallen comrade.
-Wasps do not store food; hence, during hibernation, the queen relies on her own body fat to survive.
-They do not produce wax. As such, their nests are made of a paper-like substance made of chewed wood and plants. However, some species use  mud also.
-While social wasps live in nests inhabited by 5,000-10,000 wasps at one time, solitary wasps do not construct nests and live alone.
-Not all social wasps are fertile unlike solitary wasps where each one can reproduce.
-The female yellow jacket wasp is known to lay both fertilized and unfertilized eggs.
-A wasp queen is easily recognizable since it is larger than both males and females in the nest.
-The queen is the only fertile female in a wasp nest and can lay eggs while the rest of the sterile females become workers and take care of the eggs.
-A female wasp has a stinger, which is actually a modified egg-laying organ, while her male counterpart does not. Therefore, female wasps guard  and protect the nest against danger.
-Every spring, the queen wasp, who has survived the cold, starts creating colonies from scratch. She first builds a nest and begins a family of worker  females. Thereafter, the nest is expanded and eggs are laid. Eventually, the colony is filled with more than 5,000 individuals by late summer and by  winter, most of them, including the queen, die. This process is then restarted at spring.
-Wasps scavenge food for their young larvae and in return, the young produce sweet secretion which is eaten by the adult wasps.
-Wasps are omnivores and usually feed on nectar, carrion, honey and fallen fruit. Besides, they also look for insects and large caterpillars as their  food.
-Most aggressive behavior among the wasps is displayed during the months from August through October where their food habits change. It is  during this period that they are known to attack humans as well.
-Wasps are food gatherers and can travel up to 400 meters in order to procure food.
-Most male wasps do not hibernate and as a result die at the onset of winter.
-Wasps are not nocturnal creatures and hence, carry out all their activities during day and return to their nests at night.
-A female that lays its eggs first and protects them from other females while constructing the nest becomes the queen and if a queen dies, she is  replaced by some other female.
-Wasps are natural predators of caterpillars and thus, a friend to farmers.
-Birds, amphibians, reptiles and several other species of mammals forulm the predators of wasps due to their bright and attractive colours.